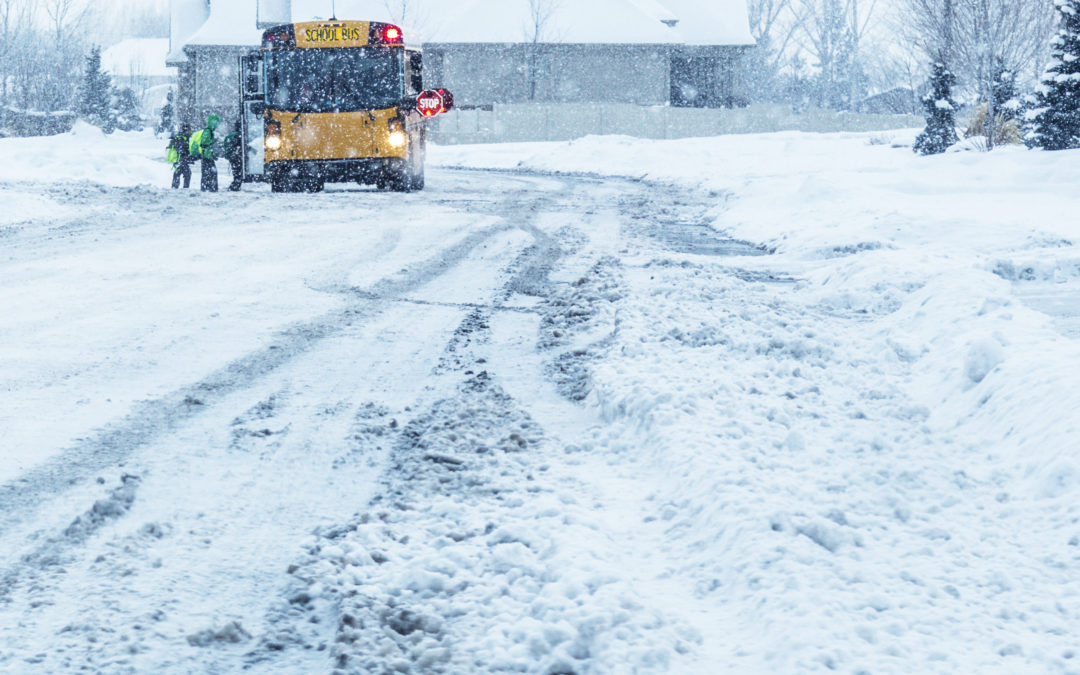 Imagine its 6:47 on a frigid morning as a harsh wind whips snow across your community minutes before thousands of students start another day at school.

Your phone buzzes and one of your bus drivers has alarming news on the other end: there’s been an accident. No one is hurt, but the bus is undrivable and another vehicle is wrecked.

It’s not going to be an easy morning. And you know that every second counts.

Fortunately, Synovia’s GPS-powered Fleet Intelligence system is already powered on and the bus location is identified in seconds.

The transportation director switches on his Synovia mobile app to direct him to the accident hoping to arrive before parents, police and the media make the scene even more chaotic.

This isn’t a training scenario.

This is how Southwest Allen County School Transportation Director Steve Lake recalls responding to an accident.

“Having the knowledge and tools to respond to accidents in a timely and professional way is certainly one of the easiest ways we justify our investment in Synovia’s software,” Lake said. “We use it every day to do a lot of things we know we couldn’t do without it, but knowing we have that extra information in a crisis is very powerful.”

Hundreds of school bus accidents take place across the country every year.

Most, like the accident Lake recalled in his district, are minor, and the specially engineered safety features of school buses deliver to their specifications to keep students safe.

Some, especially in an era when respect for the stop-arm is not as firm as it once was, end with a grieving community and a search for answers.
In every case, knowing the exact location of the bus is critical. 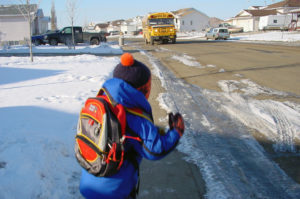 He recalled his bus drivers calling over the radio in serious concern about a fast-approaching severe weather event as a bus was bound for a sporting event in South Bend.

With a few simple clicks, he was able to see where the buses were AND where the storm was and give the drivers the real time info they needed to stay safe.

“They had about 15 minutes to get where they needed to be and to hunker down because it looked bad,” he said. “The bus was a few minutes away from the event and was able to pull in and get the students inside before the worst of it hit. The driver had the info he needed to make a better decision.”
Another driver was confused by unmarked state highways in a rural, largely unpopulated area as she drove students to a field trip at a camp an hour from campus.

“I think we’ve all been out there when you’re on a country road and you just don’t know where exactly to turn and there’s no signs and nowhere to stop for directions,” Lake said. “And our drivers can’t turn to their phones to figure it out as they know that’s against policy. They know they can call me here on the radio and I can see their location in real time and literally direct them turn by turn to their destination.”

Synovia’s software also allows a real-time traffic overlay that can be powerful when highway construction can turn a 60 mph zone into a crawl and what should be a 25 minute drive into a far longer experience.

“Once the weather turns nice after the winter we know the state is going to be fixing the roads and making a lot of single-lane drives,” Lake said. “I keep my eye on the traffic patterns every day and can radio my drivers in real time to alert them about congestion, accidents and strange patterns we’re seeing. Before this software, you would just pull up to a huge accident or work zone that wasn’t there the day before and face a serious wait.”

He stresses that many members of the transportation team are trained on the software and can act like a multi-pronged control center to get different updates to different drivers across his district.

“We’ve got a lot going on every single day, so it takes several of us working together to keep our team running smooth,” he said.

Lake has spent 30 years serving the Southwest Allen County District students and families. A former teacher and principal with two adult sons serving in the military, he takes seriously his responsibility to keep every student safe as they commute to and from school.

And he tempers that responsibility with a practical approach to managing his fleet and drivers.

He uses Synovia’s software to run regular speeding reports and places gentle reminders in the mailboxes of driver for infractions.

“I’m not here to make anyone’s life difficult and I never want to have to watch speeding in real time,” he said. “But anything over 4 or 5 mph beyond the posted limit gets my attention and I make sure the drive knows we’re keeping track.”

Rarely does he have to remined a driver more than once about speeding.

“They know we take it seriously and they know we’re not going to let it slide,” he said. “At the same time, they know we’ve got their back when members of the community make complaints about unsafe driving.”

Like so many of his counterparts, Lake is regularly fielding calls from the public about a speeding bus. But unlike the past when managers had to take the public at their word, he’s got the objective data to know what’s really happening.

“People call and say ‘We saw that bus doing 50 mph in a 30 and it was just so unsafe’ and we pull up the records and show the bus was there and was driving 27 mph in that 30 zone,” Lake said. “They sometimes try to argue and we have to remind them that bus was being tracked by 17 military grade satellites and the driver knows they’re always being tracked.”

“It’s a powerful tool for us to immediately respond to calls for the public and know exactly what happened on the road.”

THE NEXT TECHNOLOGY INVESTMENT

Lake is now in the process of investing in Synovia’s most popular feature, the Here Comes The Bus mobile app.

The app has garnered more than 50,000 reviews on the Apple app store with a 4.6-star rating and an accumulated close to 1.5 million registered users since its launch in 2015.

“We realize this is the next step in our growth to continue to improve the way we serve our community,” Lake said. “We’re excited to work with Synovia to ensure we have a smooth rollout and be able to provide this added service we know our families will appreciate.”